1776 is Irrelevant in Our Time and 1619 is a Mere Distraction from What Really Matters, the Stealth Revolution of 1992, the Jewish Supremacist Takeover that usurped power not only from Anglo-Americans(aka Wasps) but from all Goy Americans who came to be 'led' by Whore Politicians beholden to Globo-Homo Jewish Power and its Zionist Yinon Plan

Every 4th of July, Americans love to pontificate about 1776. Some now rhapsodize about 1619.

But most relevant and significant for us is the stealth revolution that began in 1992 when the boomers took over. Among boomers, Jews were the most powerful, something that wasn't true up to the 'greatest generation'. So, the ascendancy of the boomers meant the rise of the Jews and their eventual supremacist takeover. Billy Boy Clinton was, in this sense, the First Jewish President. Still, being a Sixties guy, he had just enough idealism to try to broker a deal between Jews and Palestinians, albeit one heavily tilted in favor of the Jews. Liberal Jews used him for this end, but many other Jews were angered by his partial empowerment of Palestinians and cut him off at the knees with the Monica Blewinsky scandal.
The next boomer president, George W. Bush, operated on the basis of Jew-Envy. Jews are the richest and most influential in top institutions. Also, they gained holy credit via Holocaust Narrative. But most Jews are Democrats. Furthermore, most Republican voters disagreed with the Jewish domestic agenda of globo-homo and anti-whiteness, thus alienating powerful Jews. This meant the Democrats had a bigger schwarz than the GOP, leaving it anxious with schwarz-envy.

So, how could the GOP win over the Jews? Give Neocons everything they want. Let them triumph and become the premier Jews with the most prestige. Hopefully, that just might persuade more Jews to become Neocons and come over to the GOP than remain as nay-saying 'Liberal Jews' among the Democrats. So, we had 9/11 and Iraq War. Dubya would be like the New Churchill standing side-by-side by heroic Neocons who would remake the world for the better. And Jews would be so shocked-and-awed by this that more of them would won over to neoconservatism. Well, the Iraq War didn't go so well. Also, Dubya was an embarrassment, a caricature of the dumb silver-spoon Wasp in decline, and the bi-partisan handing over all the financial decisions to Wall Street Jews led to massive bust in real estate that led to the Great Recession. (Besides, after the yuppie 80s, the fall of the Soviet Union, and Bill Clinton's New Democrat singularity-triangulation strategy that adopted free trade and financial deregulation, there wasn't all that much difference between the two parties. Neo-Liberal Jews and Neocon Jews were essentially two sides of the same coin, working under the table to further Jewish supremacy uber alles. Thus, both the 'left' and 'right' had no real home in either party.) Jews used the foreign policy debacle and financial crisis to push through the Big One. The first mulatto president, a product of ACOWW or Afro-Colonization-of-White-Wombs. The message was white wombs exist to be colonized by black seed, and white folks must worship the product of jungle fever. Obama's significance was most crucial in terms of sexual politics. His rise meant whites were totally cucked, much like South Vietnamese who offered their women as whores to US invaders. Also, it was under Obama that Jews pushed through globo-homo and without any GOP opposition. The Zeroeth Amendment of America became "If Jews want it, they get it." It's no wonder GOP is so eager to attack China, Russia, Iran, Venezuela, and etc. Even though Jews are the main enemy of white patriots, the cuck elites are too afraid of Jews to confront them and seek out external enemies, often imagined or exaggerated, instead. They are like dogs that, afraid of master's stick, bark at strangers and other animals. 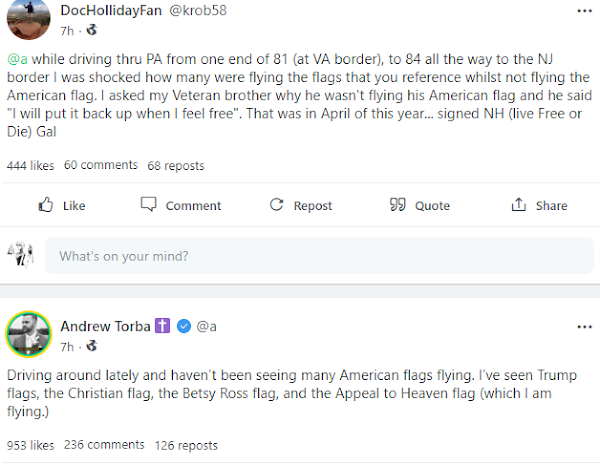 So, we need to revise the discussion of US history and talk about this Stealth Revolution. It was a profound transformation, no less than the fall of the Soviet Union, aka Russian Empire in 1991. But because of the semblance of political continuity, conceit of 'muh democracy', and continued prosperity, it was assumed that the American system remained intact.
No, something profound took place and seriously altered the trajectory of American History. All of US history had been about Wasp-Christian domination until the Rise of the Boomers. That American reality quasi-officially ended in 1992 with the boomer-Jewish takeover. Pat Buchanan was correct in the 1992 Republican Convention speech. He called it a Culture War, but it was essentially an Ethnic War as it was the Jews who drove the New Agenda to subvert, discredit, and undermine White Christian America. Of course, the Wasp order was already on wobbly legs by 1992(indeed even by the Sixties). It was on its last legs as the children of the Wasps had already been indoctrinated in elite colleges by Jews and their useful idiots, the shabbos goy collaborators. Jews have big minds, whites have small minds, and big minds control small minds. Prophets direct the priesthood. Jews think like prophets with the vision(now satanic), and whites go about like priests who receive dogma and enforce it. 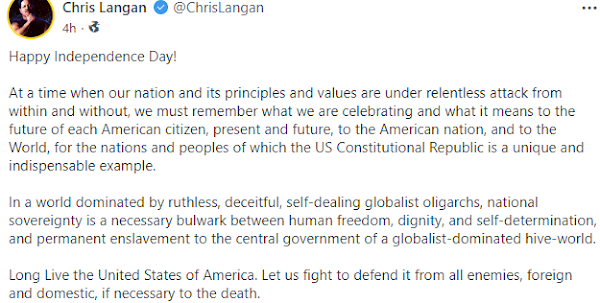 This Stealth Revolution took off in 1992 and was completed in 2008 with Barack Obama. Donald Trump seemed to promise to reverse things in a Counter-Revolution or a kind of Restoration, but how could he when he (1) couldn't name the Jew and (2) his Jewish Policy was same as the Dubya Neocon strategy: Mindless support of Israel, deranged vilification of Iran, hostility toward Russia... even though he ran on an essentially anti-war platform in regards to Syria and anti-cold-war proposition in regard to Russia?

So, forget about 1776. That was about the beginning of the Wasp-American nation, now fallen and turned to dust. Forget about 1619. That's just Jews using CRT to guilt-bait whites into moral paralysis, all the better to use them as 'redemptive' cucks beholden to Jewish masters. No, what must really be discussed is 1992 or 1992-2008, the total Jewish takeover. Since then, we are living in a New America. Unless this ethno-revolution is addressed, there can't be any honest assessment of what is really happening in America. And there can be no White Liberation from Jewish Supremacism, the only hope for mankind as Jewish Evil will collapse without white cuck-collaboration, just like British Imperialism came tumbling down in India when the natives refused to collaborate with the empire.

Incidentally, US and Russia fell to Jewish Takeover around the same time. Fall of communism paved the way for the rise of Jewish oligarchs in Russia. The Clinton presidency heralded the Jewish-boomer takeover of just about everything. Paradoxically, the weakness of Rule of Law and sheer gangsterism of Russian realities allowed Russians like Vladimir Putin to regain a measure of autonomy and independence from Jewish supremacist power. In Russia, Jews played dirty but so did the Russians, especially the veterans of the KGB seasoned in gangster tricks. Lack of Rule of Law meant Jews could pull all manner of dirty tricks and take over much of the economy, but it also meant Russians could play dirty and use the same gangster tricks on the Jews.
In contrast, American Jews, though no less gangster-like, used the Rule of Law established by Anglo-America to gain power & dominance and continue to rely on the long-existing legal infrastructure to maintain their power. Thus, their power has more legal protections.
Putin could go 'Michael Corleone' on the Jewish oligarchs in Russia, but such is nearly impossible in the US where Rule of Law still matters. But as American Jews do think and act like gangsters, the Rule of Law has become more ethno-centric, arbitrary, unprincipled, and corrupt. Jonathan Pollard walks free, moves to Israel, gives middle finger to the US and urges more Jews to betray the US to serve Zion, and stands next to beaming Netanyahu, at whose feet US politicians of both parties groveled. The New Rule of Law allows such things. We were told 'Jeffrey Epstein killed himself', and there's been no real inquiry into what really happened. Those who pushed Russia Collusion Hoax face no punishment, just like no Jewish Wall Street crook got jail time after the 2008 fiasco. Jews allow BLM and Antifa to attack patriots in the streets, and the cops protect BLM and Antifa scum and arrest patriots when they fight back.
Jews bitch and whine about how Rule of Law in America had been 'systemically racist' in favor of whites over non-whites for most of its history(which is true enough), BUT their agenda isn't to make the law color-blind but to favor Jews over Palestinians(thus the suppression of BDS), homos over moralists(thus the attack on Christian bakers and florists by trannies and homos), and illegals over American citizens. 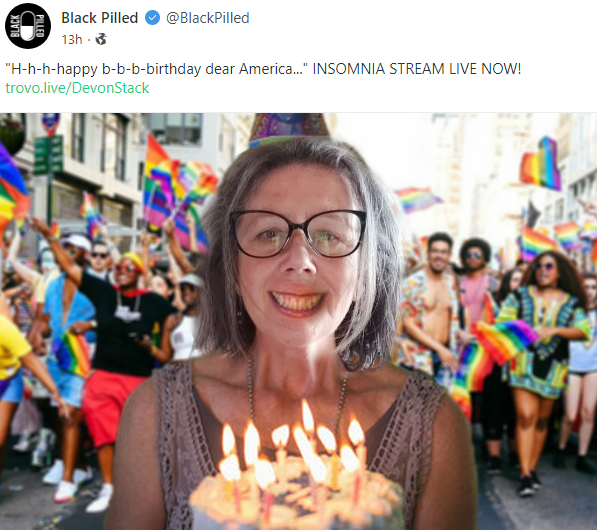 And yet, because of stealth revolution of 1992 and the Jewish takeover as the godlike overlords of America, all we get from both political parties is, "We worship, honor, and serve Jews." Jewish Power f---d Trump in the rump, and his message to Jews is, "Can I suck your dic*?" It'd be more honest if we did away with the pretense of democracy and announced that, especially since 1992, the US has undergone a profound revolution that elevated Jews as the master class in the US. As such, Jews are above the law and can do as they wish. The worst kind of Jewish crooks are pardoned by US puppet-presidents, not least Trump, while white patriots are put in solitary confinement and tortured, waiting to be hit with stiff sentences for minor infractions. Jews keep invoking defense of 'liberal democracy' to justify their rule, but their power is about ethnic supremacism, distortion of rule of law, betrayal of Constitutional principles, massive censchwarzship, denial of financial services to patriots(despite banks being bailed out by ALL tax payers), and even use of BLM-Antifa gangsterism to suppress dissent. When politicians run for office in the US, they don't sign a pledge to defend the Constitution but a pledge to blindly support AIPAC and the Zionist Yinon-Plan. 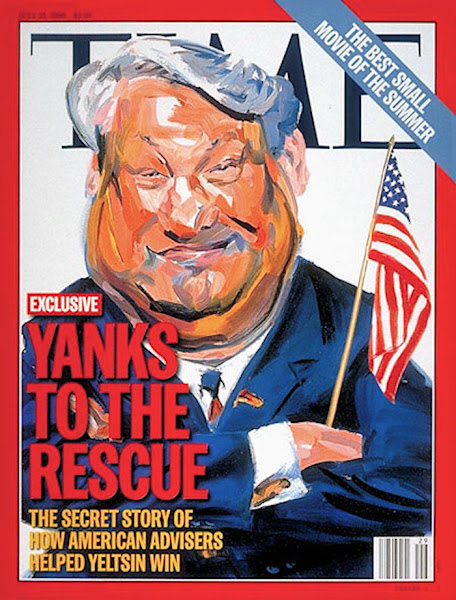