Correctly and Honestly Naming the Source of Our Woes is the First Step in the Road to Recovery from the Current Madness — Question is DO YOU HAVE THE COURAGE TO NAME THE JEW? If Not, Why Not? Sentimentality? Cowardice? Opportunism? 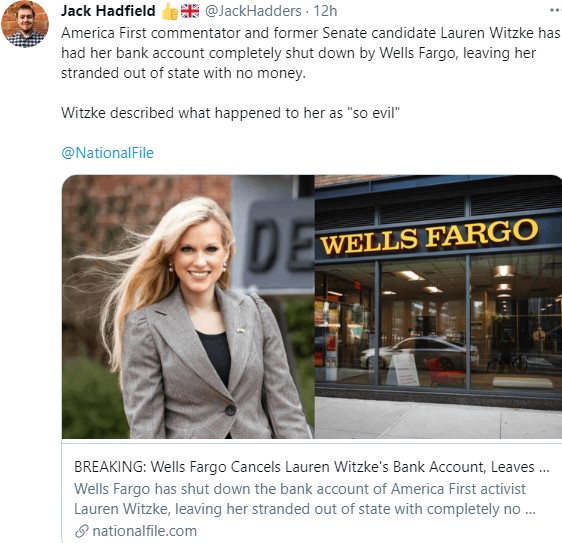 The woman in the video above can throw all the tantrums she wants. It won’t make a difference. Actually, NOTHING will make a difference unless people begin to Name the Jew. Indeed, Jews prop up stuff like globo-homo and tranny-tyranny partly to (mis)direct people's outrage at ANYTHING but themselves. Thus, globo-homo is a win-win for Jewish Power. When accepted by goyim, it has a weakening and deracinating effect on them. When resisted by goyim, it fixates moral outrage at homos and trannies than at Jews, the real puppet-masters behind globo-homo. This is why people must expose the Jew. They must name the Jew for blame. If a puppet hits you, should you direct your rage at the puppet or at the puppet-master? While homos and trannies do everything to further their agenda, they never would have amassed the kind of power and privilege without the backing of Jews who control finance, media, academia, entertainment, law firms, and courts. If you want real change, you must name the Jew. If you are unwilling to do so out of philosemitic sentimentality, craven cowardice, or mere opportunism, just give it up. You are hopeless.

Why must the Jew be named? Imagine the following scenario. Suppose there's this nasty spoiled-rotten kid Billy. Billy is causing a lot of trouble — spraying graffiti, throwing trash, making loud noises through the night, setting things on fire, kicking dogs, stealing property, smashing windows, puncturing car tires, and etc. — , and wreaking havoc all over the place. Now, what must the good people of the neighborhood do in order to end the madness? One thing for sure, Billy will not stop with his rotten behavior unless HE is named and blamed. If people get angry and mention all the bad deeds without naming Billy as the miscreant, why would he stop? Even when his actions are condemned, he himself would be spared any culpability. Worse, suppose all the neighbors flatter and fawn over Billy even as they detest all the bad things he does. If someone kicks you and you denounce the kick but don’t name-and-blame the kicker, what good will it do? Worse, suppose you complain about the pain in your arse but shake the hand of the very person who kicked you and praise him highly. You can be sure he will do it again and again and again, just like the Marx Brothers never stop tormenting their hapless goy victims. 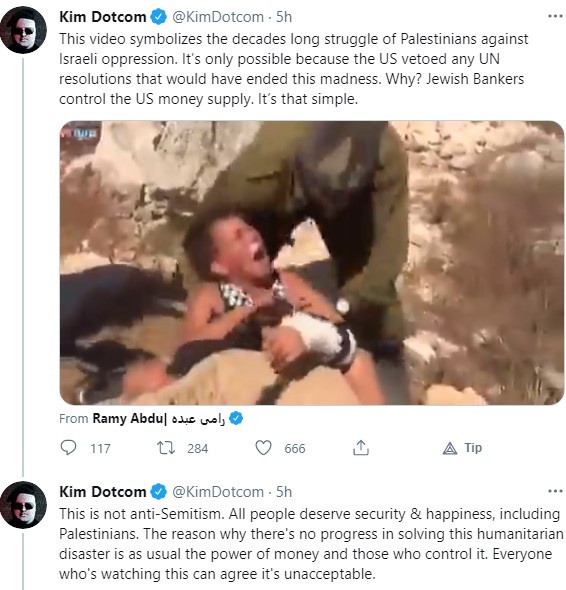 Globo-homo and tranny-tyranny are proxies of Jewish power. Jews fund them(and also BLM). Jews control academia & publishing and favor certain 'intellectual' trends and ideologies for promotion. Jews have in their pockets all those whore politicians who dare not voice any criticism of Jews, even though Jews are tireless in their anti-white tirades. (At most, some conzos will make a big show of standing up to some Jewish-backed agenda, only to back down in due time and revert to the role of ‘beautiful losers’. They'll just shrug their shoulders and mumble about how it is now 'law of the land', and there's nothing that can be done about it.)
And Jews always feel smug and arrogant in the knowledge that, even as their agendas may be opposed and condemned, they themselves will never be. Take the Jewish attacks on the Second Amendment. Jews are the main force behind disarming white goyim, and many conservatives passionately resist such measures. But, for all their fuming and fist-shaking, even the most vociferous defenders of the Second Amendment dare not name the Jew as the force behind Gun Control. If anything, even as they denounce the Jewish-led-and-funded agenda, they praise Jews as the most wise & wonderful people on Earth and dream like a silly little girl about winning Jews over as allies. (Or, they will say they need guns to protect Jews from 'Nazis' and Muslims even though, LOL, it's the Jews who want to take away their guns and leave them defenseless against black thugs, Antifa nuts, and deep state goons.)
Likewise, many conservatives who oppose the agenda of tranny-tyranny(and 'wokeness' in general) dare not name the Jewish Power as the main wind behind its back. So, unless Jews are named as the pushers of globo-homo and tranny craziness, they have nothing to fear and will gleefully continue in their ways.

Now, think of how much things could change if people did begin to name the Jew. Imagine if people called it what it is. What if, instead of relying on misleading labels and brands, they called a spade a spade or a bagel a bagel. Take the media landscape. It's so full of fake news and BS all around. But nothing changes because the controllers of the media are never named and blamed, therefore, they never feel the heat for what they really are. Most people refer to it as ‘mainstream news’ or ‘liberal news' or 'leftist media' or whatever. There's no mention of the crucial fact of Jewish monopoly control. Why would Jews stop with their bad behavior when they are not named and blamed for all the fake news, anti-white vitriol, warmongering, race-baiting, and deep state propaganda?

After all, idiot conzos prefer to blame anything but Jewish Power. Some even refer to the media as 'communist', as if mega-corporations are managed by adherents to Marx and Engels than by globalist Zionist Jewish supremacist super-capitalists. What morons! No wonder Jews run circles around such fools. (Or idiot conzos like Alex Jones will pretend China controls US news and Saudis control Hollywood.) Behind closed doors, Jews laugh at them and indeed they're deserving of the mockery.
If we are truly serious about waking people up to the truth, we must attach the accurate label of ‘Jewish’ or 'Jewish-Supremacist' to the industries and institutions of power. Then and only then will people come to realize and understand the real power equation in the US. And then and only then will Jews feel the heat as the most powerful group in the US. As of now, even when Jews do terrible things, they never get blamed as JEWS. No matter what evils they perpetrate, they know the aggrieved will blame anything but the Jews: The Left, the Liberals, the Communists, China or Russia, the Globalists, the Neocons, or Wall Street or Hollywood as the bastion of 'white privilege', LOL. Only if we Name the Jew will Jews take notice, and then and only then will they think twice about being so vile because their evil deeds will reflect badly on their Jewish identity. Angry with Big Tech collusion and censorship? Don't just call it Big Tech; call it Jewish-dominated Big Tech. Angry with Finance Sector robbing the world with insider trading and denying service to patriots while lending total support to Zionist Supremacists? Don't just call it Wall Street or the finance sector, but call it Jewish-controlled Finance Sector. Outraged over Deep State corruption and abuses of power? Always mention that these deep state operators are cuck-minions of Jewish supremacists. 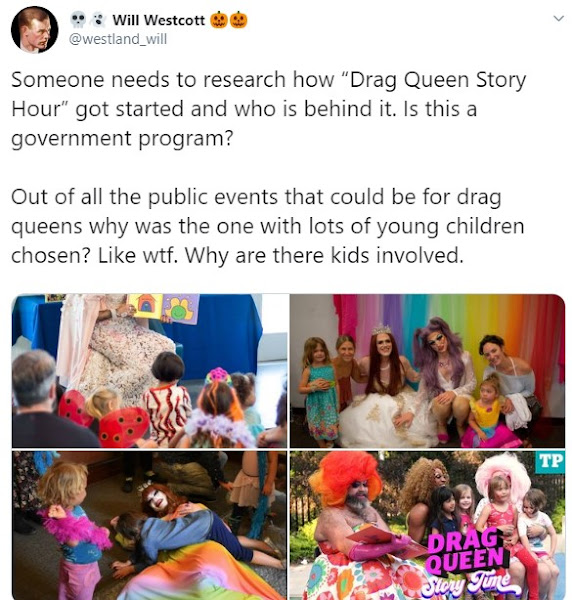 While the Deep State has immense power, most insiders just go with the flow and do as told. Every nation has its own deep state. Deep State on its own has no agenda but is just a bundle of power/control centers. Its overall direction is decided by whichever group that happens to control the money, the ‘science’, and the ‘gods’. If Muslims controlled the US deep state, its agenda would be very different from what it is now. Jews control the Deep State, and we have the current mess resulting from the bad behavior of Jewish Supremacism. This power must be properly named.
If a tiger is traumatizing a community, would it make sense to blame any animal but the tiger? Suppose people blame the buffalo, the sloth bear, the elephant, the heron, the turtle, wild boar, and etc. but never mention the tiger. They express outrage over the harm caused by the tiger but never ever name the tiger, and so, the tiger is allowed to roam freely and kill or maim people. People go on naming scapegoats but never the tiger. Unless the tiger is named, it is a doomed community. It's like hating and treating the symptoms of a disease but loving and nurturing the disease.

In the current US, even those who denounce Jewish policies feel obligated to praise Jewish identity. It's akin to praising the murderer of your family even as you lament the actual murders. The relation between Jews and whites is akin to one between god(s) and man than between man and man. Even if mankind loathes what the gods do, they must revere and honor them as wiser and superior beings. Likewise, even when white goyim detest what Jews do, they must praise Jews and Israel as the best of the best. Not a winning formula for white goyim… and Jews know it. Will whites ever?

The fact that Jews push all this censchwarzship suggests that they've given up on being Good Jews. After all, if Jews were committed to being good and fair, they could easily get along with most goyim who only want happy co-existence with Jews. Why would most goyim hate Jews if most Jews acted good? Goyim will grow increasingly hateful toward Jews ONLY IF Jews continue to act badly or even worse. The fact that Jews feel a need to push more censorship and implement more social controls suggests that they aren't committed to good behavior and mutual respect between Jews and goyim. Rather, they look upon goyim as subhuman cattle that exist to be exploited and abused by Jews. Naturally, when goyim are treated that way, they will come to hate Jews. To counter such hatred, Jews push for more censchwarzship and use their power of media/academia to instill goyim with 'white guilt', as well as mindless servitude and blind faith in Jewish sanctity and awesomeness. Enough already. 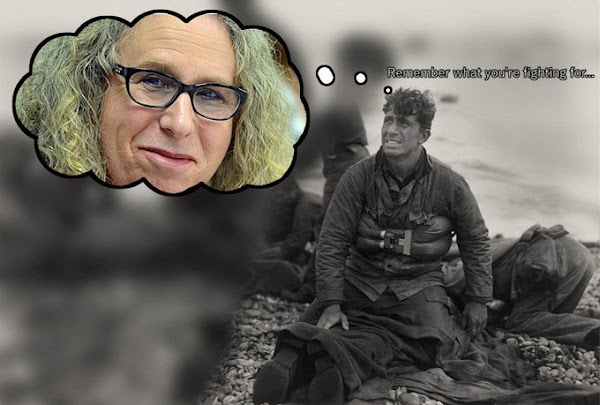