A Preliminary Argument: WHITE LIBERATION(from Jewish Supremacism) WILL SAVE THE WORLD 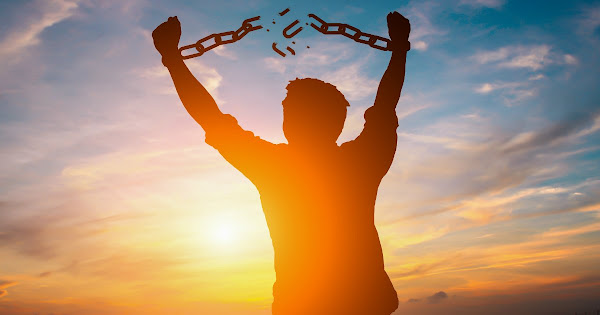 Why is 'white liberation' a better term than 'white nationalism'? Fairly or unfairly, people associate 'white nationalism' with aggression and conceit of superiority. It gives the impression that whites got the power and want to show it off by rattling their sabers.

But the West is now under Jewish control like India was under British control, like Algeria and Vietnam were under French control. So, the emphasis must be on the need for whites to free themselves from Jewish Power. The theme of liberation is more appealing and justified than theme of mere power. After all, the great theme of the post WWII era was NATIONAL LIBERATION all across Asia, Africa, Middle East, and Latin America from European Imperialism or American Hegemony. And as the theme of WWII was the 'free world' vs the aggressive imperialism of Germany and Japan, it was difficult for the great powers after the war to justify their rule over others.

So, 'white liberation' is preferable to 'white nationalism', at least for the time being. Now, if skeptics ask, 'liberation from what?', whites can say from Jewish Supremacist Power, which can be amply demonstrated with data and facts. Jews do control the West. Jews not only got money power but made themselves into the new messiah-race. It's one thing to remember the Shoah as a great tragedy but quite another to permanently affix Jewish Identity with that event. Such implies Jews are always a race of 'holocaust victims' no matter what they do. So, even if Jews act like Nazis toward Palestinians, we are supposed to see them as a bunch of poor poor Anne Franks.

Anyway, 'white liberation' will highlight the fact of Jewish Power, an absolute must for real change to take place. (How can there be any reform if the most powerful group is not identified and criticized? Can a cancer victim be properly treated without acknowledging the cancer?) 'White Nationalism' can mean the need for white unity & power. Or it can mean white power as the basis for world domination. Nationalism need not be imperialist but often took an imperialist turn in the past when a nation became very powerful.
In contrast, 'liberation' emphasizes the need for whites to seek emancipation from the current power that dominates the West and the World... which is Jewish Power. (Even 'white national liberation' sounds better than mere 'white nationalism'.) White Politics that only focuses on whites and white power is less likely to be appealing than White Politics that seeks freedom from the actual tyranny that rules the world: Jewish Supremacist Power or JSP.

Also, whites can argue that White Liberation will lead not only to white emancipation from Jewish Evil but will save the world. Why? Because Jewish Supremacist Power would dwindle overnight if white folks chose WGTOW or whites going their own way. If whites refused to serve the Jews, no more Wars for Israel against Arabs and Muslims. No more support for Zionist 'genocide' of Palestinians. No more 'new cold war' with Russia. No more whites acting like dumb dogs who bark and bite whatever their Jewish Masters hate. When whites say NO to Jewish Supremacism, peace will prevail around the world as whites will no longer do the bidding of hateful supremacist-imperialist Zionist Jews. And far less need for 'yellow peril' hysteria about China-China-China to distract Americans from the fact that Jews are the main enemy of the white race and goyim in general. Just ask the Palestinians about the nature of Jewish Power.

Think of 'Israelis' and 'Palestinians' as meta-memes. 'Israelis' would be the winners and tyrants, and 'Palestinians' would be the losers and the tyrannized. It is the dream of many whites to be 'Israelis', fellow winners alongside rich and powerful Jews. Jewish identity/pride united with white identity/pride. But this is a dumb dream. Jews will NEVER accept whites as equals. Even as white praise and acknowledge Jewish identity & pride, Jews will denounce white identity and promote white shame/guilt. Thus, the ONLY way whites can rise in the Jew World Order is by turning race-traitor and cucking as collaberals or cuckservatives. All the Bidens and Romneys of the world. And Jared Taylor the deluded fool isn't much better.

Given that Jews regard whites as 'Palestinians' than fellow 'Israelis', whites should identify with Palestinians, that is unless they enjoy being race-traitor cuck-collaborators. (There are, of course, Palestinian collaborators who get rich while serving Zionists.) While Jews are free to gain power as an identity and group, whites can only gain riches as individuals, ones that cravenly collaborate with Jewish Supremacists. No white man with any self-respect and dignity should choose this path.

Now, the key to the success of White Liberation will be the emphasis on humanism & justice than nihilism & supremacism. (Kurosawa Way than Mishima Way.) The problem with people like Greg Johnson and Richard Spencer is they oppose Jewish Supremacism by associating themselves with forms of White Supremacism. Johnson wrote glowing things about Adolf Hitler who brought upon unprecedented disaster for the white race with his Aryan-Germanic supremacism, and Spencer blabbered endlessly about his vision of a new world-white empire. How stupid is that? You get zero moral points by opposing one form of supremacism in defense of another. It's like denouncing a robber just so you could steal yourself. The only convincing argument is NO ONE should steal — indeed, the dirtiest secret of Jewish Power is that it denounces white supremacism not as a principle against supremacism per se but to make browbeaten whites serve Jewish supremacism, a bait-and-switch; this is the dirty secret that needs to be exposed by the White Liberationist Project.
Unfortunately, David Duke, Greg Johnson, and Richard Spencer all soiled themselves with association with KKK, Neo-Nazism, or Anglo-Imperialism. (Of course, it should be acknowledged that imperialism has long been a part of human history, and it did good as well as bad, spreading ideas and expanding trade routes along with the violence and tyranny. So, to the extent that Western Imperialism united the world and spread modernity all over, it did a lot of good that balances out the bad. However, as the world has been so thoroughly united via technology, there should be no reason for further imperialism and supremacism. And it seemed all the world was agreed, except that American triumphalism and Jewish ascendancy after the Cold War led to a new age of empire, one that has been utterly worthless except as conduits for Zionist madness, Afromania, Globo-Homo and mass deaths across the Middle East and North Africa, as well as mass migration into the West from the Third World.)

David Duke could have done so much more without his KKK association. He will forever be smeared as a former-KKK member. Greg Johnson of late seems to reject Hitlerism in his personal formulation of 'white nationalism', but the Hitler-stain is like the Mark of Cain. Spencer is proof that smarts isn't enough. Lack of character, emotional imbalance, and megalomania(personal and racial) spell disaster.

This is why white liberation or white national liberation should be founded on humanism and justice. Universal Nationalism is justice because it acknowledges that all peoples deserve their rightful portions of history, heritage, and territory. Globalism wages war on this sense of justice EXCEPT WHEN IT COMES TO ISRAEL — Jewish Exceptionalism as always. According to Jewish-controlled globalism, all the world should support Jewish-Israel's right to exist BUT every goy nation should be remade with mass-migration and mass-miscegenation, especially with the Negro.

Too often, 'white nationalism' has been associated with neo-nazis, skinheads, KKK, and overly paranoid militia movement types. (True, whites have much to worry about, but more guns are not the solution when most of the culture war, idol war, and ideological war are done with the pen, mikes, and cameras than with guns and bullets. Militia movement emphasizes guns than lenses.) 'White Liberation' can be associated with humanism that acknowledges the worth of all races and groups.

And even though White Liberation would mostly be about freedom from Jewish Supremacism, it should also address the need for white independence from black supremacism. The problem with white folks who opposed the Civil Rights Movement was they spoke and acted as if blacks were not good enough for whites. A far more effective argument would have been that blacks are superior in certain attributes, and these make blacks arrogant and aggressive against whites, the weaker and slower race who, upon racial integration, often fall victim to black supremacist thuggery; and white men get jack-johnsoned into wussy cucks as tougher blacks kick their butts, and that means the white race loses its human right to manhood, its right to have its own heroes and idols. And this argument is something that other non-black races may understand as well, as most interracial violence is not only black on white but black on brown, black on Asian, black on Muslim, black on etc. Even black on Jew despite all the money Jews give to blacks to hate on whitey.

White Liberation should also argue against non-white mass-immigration into white lands as a perverse form of non-white white-supremacism. Why would it be non-white white-supremacism? Because mass migration of non-whites from their own nations to white nations implies that non-whites see whites as superior and prefer to live with and under whites than with their own kind. This is bad for whites and non-whites. It's bad for whites as it leads to the Great Replacement and violates the right of white folks to have their own homelands. But it's also bad for non-whites because, instead of using their energies and abilities to improve their own nations, they just run off to white nations to leech off whites as short-cut to success. It's especially bad as it leads to brain drain from non-white world to white world. This is why White Liberation will save the world.